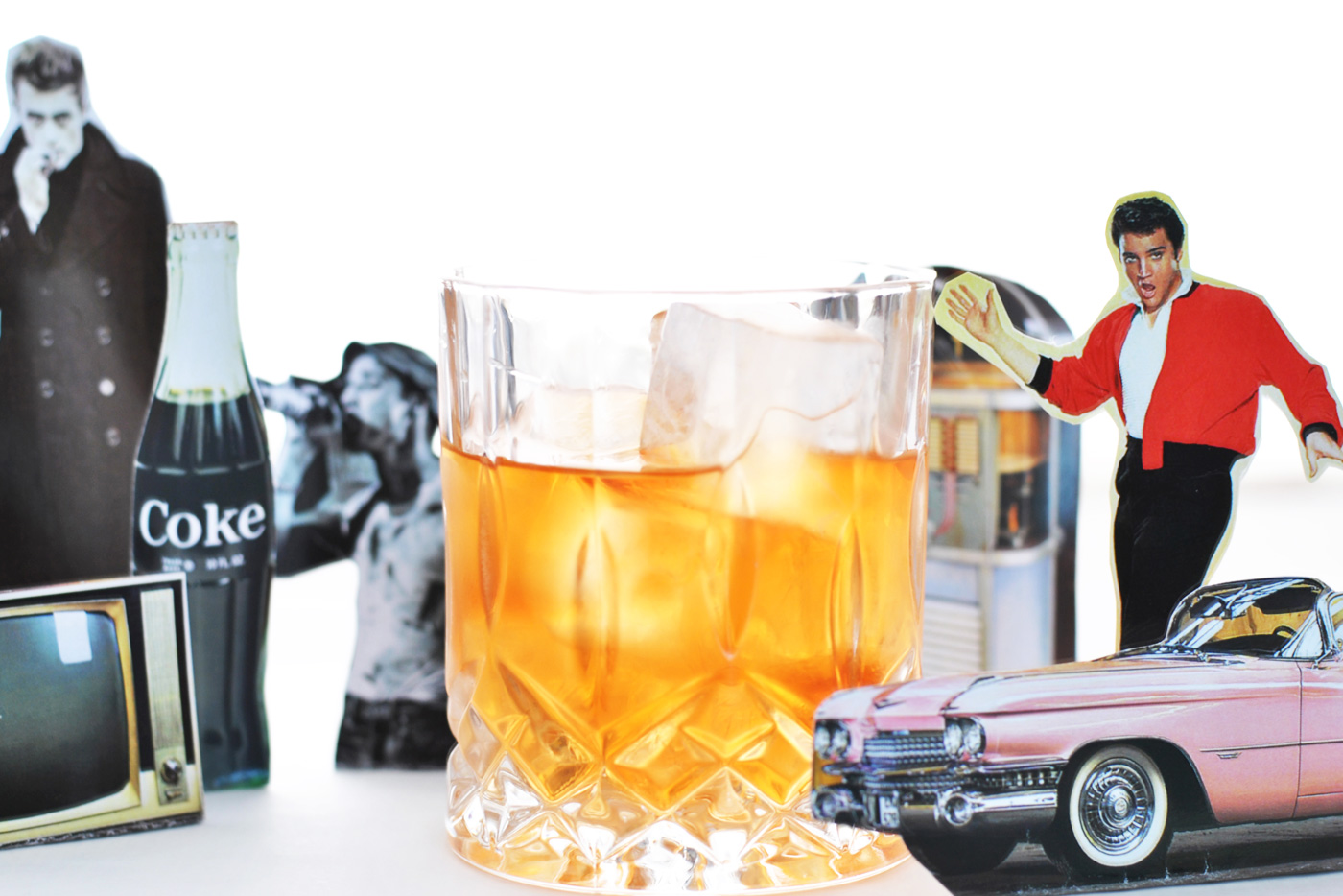 “I’m not trying to be sexy or provocative: it’s how I move naturally” (Elvis Presley)

Wednesday, December 2 at 9pm tune the TV on Sky Arte (SKY channel 120 and 400) for a new episode of the program dedicated to music and cocktails created by Talisker in collaboration with SKY Arte and 3D Produzioni. Ten minutes not to miss, during which you can listen to some music classified by decades, and all the secrets of mixology. We are at the beginning of the 50s, finally soul music incorporating elements of jazz, boogie, rhythm and blues merged with that played by white musicians. It is the discovery of a new world that would create a revolution, not only artistic, but also in every day attitudes: we are in the era of rock and roll baby! On July 5, 1954 a boy (Elvis Presley) born in Tupelo (Mississippi), enters the studios of Sun Records in Memphis to record his first song “That’s all right.” It’s a spark ready to inflame the minds of young Americans who will wipe out the melodic and reassuring songs of Frank Sinatra, Bing Crosby and the orchestras in vogue among the general public. Young people would be amazed by shining faces and great music with Elvis, Chuck Berry, Little Richard, Bill Haley, Jerry Lee Lewis, Carl Perkins, Gene Vincent, Roy Orbison, Johnny Cash and many others who with their records crashed like a tropical storm on the market through the radio, TV, film and jukebox. Since that summer of ’54, everything changed! The movements are sexy and unrestrained, people wear colorful and bright clothes, pomade and hairspray on the hair will create the highest forelocks on the planet! In 1956 when Elvis appears for the first time on television, he beats every audience record. His sensual and provocative moves are seen by institutions as a threat to young people, and for that reason the authorities require that Elvis is framed only from the pelvis up in the next appearances. The pelvis movements which accompany his songs are considered too dangerous, suggestive and provocative. Those are the years of blue jeans, of idols such as James Dean and Marlon Brando, Coca Cola, the Cadillac, but also the beginning of the Cold War. The young American boys want to get lost, to leave everything behind and rebel against the rules and thus against the family, to run towards independence. There is something primitive, tribal, elusive and uncontrollable that is undermining the system from its foundations. And when this happens the easiest thing is to blame the music. But rock’n’roll will free a lot of people with its relentless rhythm, exporting rhythm and enthusiasm. It is the expression of a popular movement that comes from below, among rebel boys, with no musical education, but who know how to talk to their peers and who want freedom! In Italy rock’n’roll would come only partially with “24 mila baci” by Celentano and “Il tuo bacio è come un rock”, and then with Mina and Little Tony. Now turn up the volume of your radio, play “Jailhouse Rock” by Elvis Presley and go wild with all the sexy movements you know! 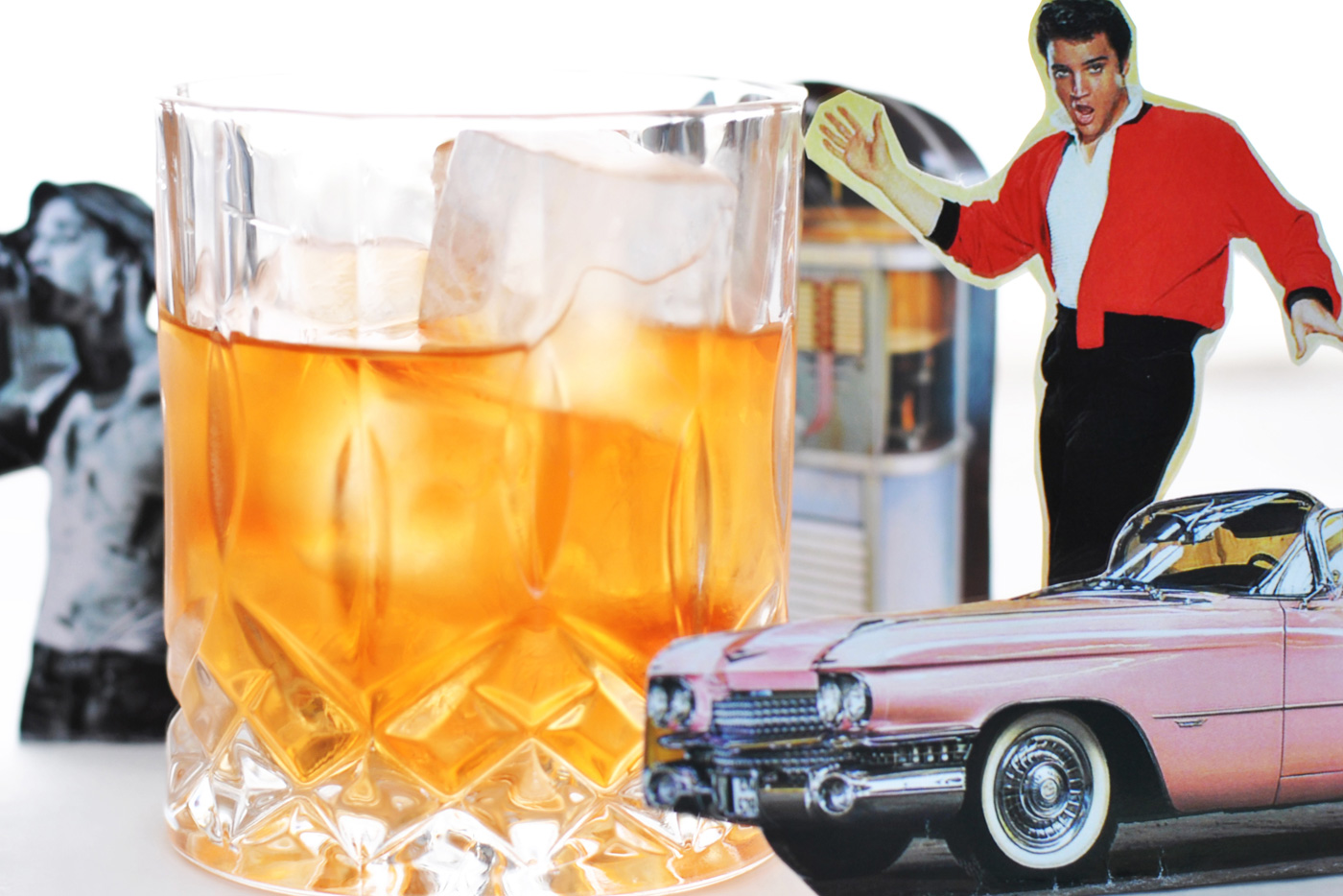 Inspiration – The cocktail recalls the birth of a new generation, that of “youth”, which for the first time in contemporary history are new models of expression to refer to: James Dean, Marlon Brando, Elvis and many more. The sweet taste of the cocktail and particularly Coca Cola, the new symbol of youth consumerism, is the “mixed” representation of the key elements of this decade.